Ban Mermaids from all schools and charity sector

The Charity Commission has opened an investigation into Mermaids, the transgender children’s charity, regarding its provision of so-called ‘chest binders’ to girls who want to be boys.

The Charity Commission said this:

“Concerns have been raised with us about Mermaids’ approach to safeguarding young people. We have opened a regulatory compliance case and have written to the trustees. We now await their reply.”

This investigation was opened because the Telegraph discovered that since 2019 Mermaids had offered free ‘chest binders’ to girls as young as 13 without parental consent. Girls whose parents refused to buy binders to crush their breasts would be able to get them from Mermaids.

This in turn was revealed as the Telegraph had found earlier in the month that Mermaids had been given taxpayers’ money due to a legal loophole. UK Youth had given £10,000 worth of government money to Mermaids in 2019-2020, even though the government never instructed any direct payments to the charity.

The Telegraph saw evidence of an adult posing online as a child on the Mermaids forum under the pseudonym of ‘Kai’. ‘Kai’ complained that her mother would not allow her to use a binder, so Mermaids agreed to provider her with one behind her mother’s back.

Mermaids told ‘Kai’ that the binder should not be worn for more than eight hours in one day. It should be removed when exercising, or if she were to feel sick or dizzy or too hot. Interestingly, the Telegraph also found Mermaids referred ‘Kai’ to a study by Johns Hopkins University in the USA about adult’s use of binders. The vast majority (97%) of adults who use binders suffer from health problems such as “pain, rib fractures, changes to the spine, headaches, respiratory and skin infections and muscle wasting.” Does anybody really think children would suffer less than all this?

Christian Concern has a history of opposing Mermaids and its dangerous and discredited ideology and practices. Rev. John Parker, a governor in a Church of England primary school, resigned after being subjected to a Mermaids training session. The session indoctrinated teachers and governors into the falsehood that ‘sex is a spectrum’ and ‘gender is a spectrum’.

We exposed at length what the leaked tape from that training session revealed. Roger Kiska from the Christian Legal Centre has explained how safeguarding considerations and parental rights are more important than spurious equality claims, which is what allowed Mermaids into schools in the first place.

Rev. John Parker was a vicar in the Anglian Diocese of Chelmsford. The then bishop of Chelmsford was Stephen Cottrell, now Archbishop of York. Bishop Cottrell sided with the school against Rev. Parker, and told him he could leave the Church of England. Whilst the bishop denied this, thirty other clergy from the diocese came forward to say that he had told them the same thing.

Mermaids tolerated for too long in education

Unfortunately this exposé was not enough. This sex-and-gender spectrum nonsense was found by The Values Foundation to be tolerated by the Department for Education in England.

Even during the Coronavirus pandemic, Mermaids did not stop pushing its dishonest gender propaganda. The problem here was cowardly capitulation from within the world of education. Publisher Hodder Education asked for Mermaids’ advice on an article about Harry Miller’s legal case for its A-Level Law Review, aimed at sixth-form students. Mermaids – of course – told Hodder Education to censor large parts of the court judgment as it was ‘offensive’ in upholding free speech on transgender issues.

Mermaids CEO on the BBC – Puberty is ‘torture’

It’s vitally important to remember that this is the Mermaids charity whose CEO Susie Green told BBC Newsnight that puberty is ‘torture’ (see at 11: 54 of the video). As puberty is a natural part of the human life-cycle, it is completely wrong to characterize it as ‘torture’.

It is well-known that Susie Green took her own son to Thailand when he was 16 to undergo gender reassignment surgery. The teenager had previously been prescribed puberty blockers at 13 by the notorious Dr Norman Spack from Boston Children’s Hospital.

The truth is that Mermaids’ entire approach to sex-distressed children and young people is unscientific and therefore dangerous. I believe that this is the reason that Mermaids was denied the right to be a third party (along with Stonewall) in the judicial review against the Tavistock. It has no medical expertise whatsoever; indeed its entire approach is contrary to true medicine.

Mermaids backtracked from ‘born in the wrong body’ claim

In 2019 the Department for Education in England issued guidance for schools banning groups that teach or imply that children can be ‘born in the wrong body’. Mermaids had the cheek to backtrack on its history of making that very claim. No doubt the reason for this was to continue being allowed into schools.

Ban Mermaids from schools and remove its charitable status 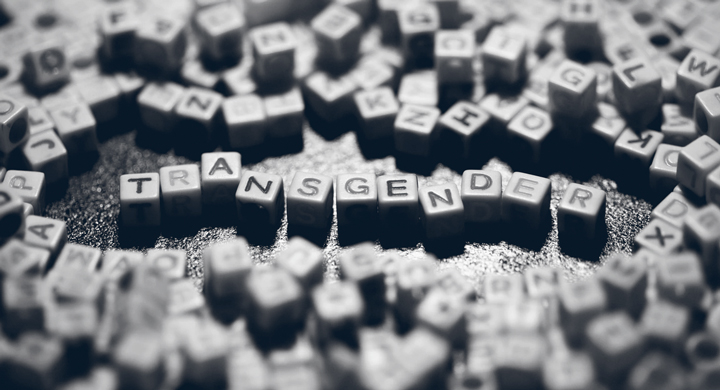 Mermaids is clearly a dishonest and harmful organisation. This cumulative evidence provides a clear and unequivocal case for banning Mermaids from all schools across the United Kingdom. Furthermore, it provides a clear and unequivocal case for removing its charitable status. We are pleased that the Charity Commission is finally investigating Mermaids and we hope that it loses its charitable status. We also hope that in the light of Nigel and Sally Rowe’s significant victory that the new guidance for schools will make clear that organisations like Mermaids which promote transgender propaganda are not allowed in schools.

We hope and pray that this is part of the start of an important backlash against transgender ideology, particularly as taught to young children.

In 2019, Christian Concern launched a petition calling for Mermaids to be investigated and kept out of primary schools. It has now been signed by over 46,000 people and is still relevant today.

This article first appeared on the Christian Concern website and is used with permission.

As government reviews school trans guidance, C of E should do the same