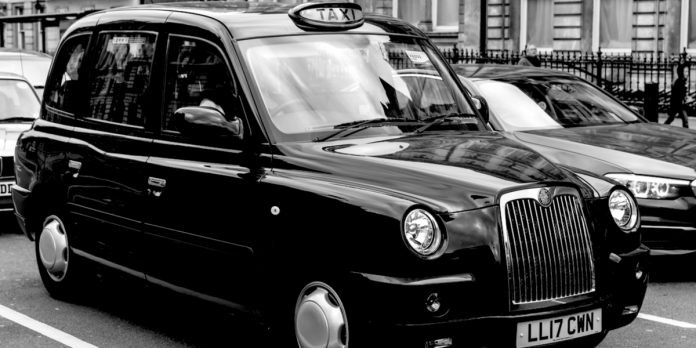 TAXI drivers are not known for being reticent about voicing their opinions, but few have gone as far as Stef Shaw (‘The Glasgow Cabbie’), who crowdfunded £10,000 to post billboards around Scotland’s central belt protesting against the SNP’s sex education policies.

The campaign, which has just ended, saw static and digital billboards displayed in Glasgow, Edinburgh and Dundee with a travelling digivan doing the rounds too. The messages were stark and simple with the targets the SNP’s sex surveys, now being imposed on children aged 14 and above, and the explicit, and Shaw believes, wholly inappropriate, newly designed resources for sex education classes.

Shaw’s campaign is a part of a growing movement opposed to the radical overhaul of sex education in schools being enacted by the SNP government. Shaw has the support of parents’ groups such as UsforThem and Hands Up Scotland. Also fully on board is the Scottish Family Party, led by retired teacher Richard Lucas, which has helped to organise protests featuring Shaw and made raising awareness of the issue amongst the public a priority for his party.

The sex survey, which appears to be a particular pet project of first minister Nicola Sturgeon, consists of 60 highly personal questions about pupils’ private lives and the degree and nature of their sexual activity. The ‘nature of’ part is particularly intrusive (the full range is covered) but important to the SNP as it affirms the party’s LGBT inclusive education policy.

Nicola Sturgeon defended the survey in the Scottish parliament on the basis that it would provide general statistical data that could identify sex and relationship issues faced by teenagers (girls in particular) rather than target individual cases. Yet by requiring an ID number the survey is not anonymous and could, in theory, result in an intervention. It could also be argued that the survey places a dangerous amount of pressure on vulnerable teens by giving the impression that regular and varied sexual activity is commonplace amongst their peers.

Shaw has support here, the survey has attracted critical press coverage up north and the SNP has been under pressure to scrap it. Even some SNP councils have refused to distribute it. But far less attention has been paid to the second target of his campaign, the explicit resources developed for sex or ‘relationship’ classes and being presented to children as young as four.

One reason for this may be that, as Richard Lucas has said, the material is so brazen in its message of ‘tolerance’ (some would go so far as to say promotion) of adolescent sexual activity and so graphic in its depictions that many simply don’t believe it is being used in schools. One outspoken critic is Dr Stuart Waiton, lecturer in criminology at Abertay University, who has featured alongside Shaw at protests. He quoted a concerned parent who remarked that ‘if the material was being shown to children by anyone else, they would likely be facing arrest’. Waiton has described the SNP’s programme as the ‘unhinged sexualisation of children’.

Unhinged is probably apt. The SNP’s programme is less a co-ordinated plot to corrupt the nation’s youth and more the product of an unaccountable activist administration, unable to resist any initiative which presents itself as emancipatory or progressive. It is also indicative of a party which is inherently suspicious of the traditional family, and creepily obsessed with children’s ‘welfare’. The Named Person scheme, which tried to impose a state guardian on each child, and the Hate Crime Bill, which encourages children to report the speech crimes of their parents, provide further evidence of the SNP’s incessant desire to invade and weaken the parental realm.

The extremist ideology is now attracting some highly dubious characters, such as Dr Colin Morrison, appointed this year to the Scottish Education Council. Dr Morrison wrote a thesis in 2011 in which he described the need to ‘break down the barrier between sexuality and childhood’. He quoted the alleged paedophile Michel Foucault’s questioning of the necessity of age-of-consent laws. Dr Morrison will be heavily involved in producing sex education materials.

The dangers of such ideas informing policy and shaping the curriculum became shockingly apparent in May at an Edinburgh primary school, where a girl aged 10 or 11 reported being sexually assaulted in a toilet by two male pupils aged 11 or 12. The alleged assault occurred ‘shortly after’ a sex education lesson.

Acres of newsprint has been dedicated to the threat the SNP poses to the union, but the threat posed to Scottish children by the SNP’s disturbing and radical education agenda has been well down the media agenda. However, with support for independence seemingly on the wane and, thanks to Shaw and others, growing public awareness of what is really going on in schools, that may be, and should be, about to change.

This article first appeared on the TCW – Defending Freedom website and is used with permission.

View Profile | View all posts by ppadmin
Ban Mermaids from all schools and charity sector
As government reviews school trans guidance, C of E should do the same